Your browser is not supported. Please update it.
Home page
Call 01920 821978
Website by GolfWorking

Lime Kiln Farm, Ware was bought by Albert Sandeman of “Port” fame who with Basil Richardson founded East Herts Golf Club which was opened on 9 November 1899. The formal opening was by Arthur Balfour MP for Hertford (1874-85) and later Prime Minister (1902-06).

In October 1922, the clubhouse burnt down to the ground, along with all the records, clubs and lockers. The Club was offered the freehold of the course in 1925 by Mr Sandeman but, following the fire, the members were unable to raise the money. Herbert Garrett bought the land in 1929 and in 1949 offered the course and buildings to the Club – but again the price of £9,500 proved difficult. However, East Herts continued as leaseholders at Chadwell Springs until 1971.

The course was designed by a committee consisting of John Bennett, Jack Watts and Club Professional David Lewis. The work was overseen by the above members and many volunteers who are still leading lights within the Club.

Hamels Park was mentioned in the Doomsday Book. The original Mansion was built in 1580 and the mansion we see today rebuilt in 1834. It has subsequently been magnificently refurbished by Hubert C Leach and Co and was used as their headquarters until 2015.

As with many democratic organisations, progress and change occurs slowly. Some changes were forced upon the Club – such as the effects of Dutch Elm Disease destroying many of the specimen Later, the great storm of 16 October 1987 further ravaged the course.

Many bunkers were installed, reshaped or moved and to this day improvement continues to be made involving the construction of new tees, installation of new bunkers, a new short game practice area and improved drainage. 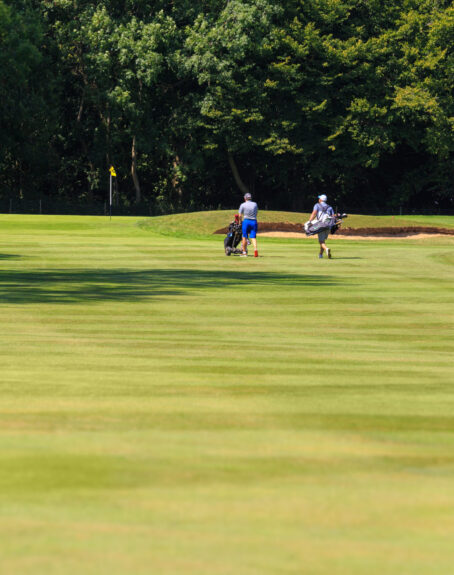 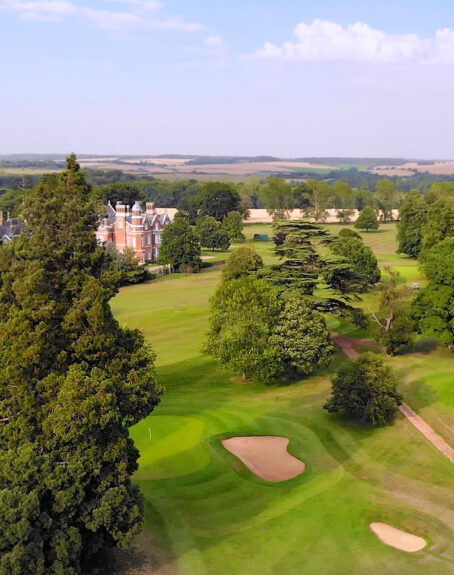